By Nikita Tiwari
DoSelect's annual hackathon in Bangalore, Code for Beer - created to celebrate the confluence of fine beer with brilliant brains - celebrated its second edition this January. In partnership with the good folks at Hasura, DoSelect's headquarters saw a lot of merriment on Jan 20th, 2018. We're writing to celebrate these 12 hours of interactions, brainstorming, beer appreciation in all its glory, collaborations amongst some of the brightest minds, and some great music to which we couldn’t stop moving our shoulders.

With a registration of 100+ teams, 16 teams were shortlisted for the event. The turnout included students and developers from colleges such as IIIT Bengaluru, St. Joseph college Bengaluru, IIIT Sricity Hyderabad, MIT, and organizations such as Postman, Myntra, GrabTaxi, Adwyze, Samsung R&D Center, and Endurance, to name a few. What's better, we had Anand Pillai  grace our headquarters as the Chief Judge for the hackathon.

This year, our chosen tracks for Code for Beer were –
As the day unrolled, a lot of ideas and discussions ensued around these tracks. While the efforts behind every hack explored were commendable, we'd like to mention a few of them that completely bowled us over.

This duo from Postman and Myntra built a middleware that helps in editing code for static site generators like Jekyll. With the aid of an online interface that enables publishing directly, this service saves the efforts of editing your markdown locally. All one needs to do is authorize their interface with their GitHub repository and the service manages the rest.

Why we loved it – We loved it for the straightforwardness with which it brought a convenient solution to an otherwise longer process. It’s smart, it’s to-the-point and we couldn’t help bobbing our heads when we saw it function.

Hailing from St Joseph's college, Bengaluru, this team built an open-source, low-cost, dynamic electronic drum machine based on Raspberry Pi and Arduino Uno. A simple plug-and-play device to produce music, the machine addresses a number of improvements such as portability, an in-built metronome, and track overlaying capabilities in comparison to the existing projects. How do you get the drums rolling? Simply by feeding different sound samples to the Python program on R Pi.

Why we loved it - The kit enables a versatile and convenient way of producing music, while also lending portability to the otherwise cumbersome task of carrying drums around. And it’s kinda cool, actually. We were also biased because there are a lot of musicians on team DoSelect. ¯\_(ツ)_/¯

This group from IIIT Sricity implemented object identification in a picture as an application to context based learning. The application was built with an overlap of computer vision with NLP. Its functionality involved an interaction with the app (hosted on Hasura’s platform) wherein a question asked in context to your uploaded image is answered with accurate predictions.

Why we loved it – The inherent applicability of visual learning and the high utility factor of this hack in every domain blew our mind. Take for instance – search and discovery aspect in case of traffic management and accidents, photo library organization, social media filters to weed out irrelevant/ inappropriate visual content, among numerous others.﻿﻿You can give it a spin here - https://app.debris23.hasura-app.io/

Blockchain has certainly been the flavor of the season. The team incorporated an impressive application of blockchain by building a government grievance system that allows the registration of complaints and a public interaction via up-votes and down-votes across the complaints.

Why we loved it –  We loved it for the simplicity with which it incorporates an important use-case towards a much-needed cause - of engendering complete transparency between the system’s functioning and public awareness.

Another edition comes to a close

We, at DoSelect, are constantly working towards building a community of developers that inspire creativity, challenge each other, and bring ideas together. With another year of Code for Beer successfully past us, we're thrilled at the prospects of what lies ahead! Till then, stay in loop and keep checking this space out for further events.
Cheers! *hic*
﻿﻿
Share
Tweet 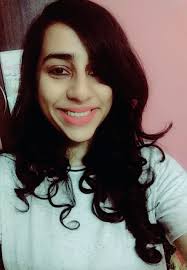