By Bhavya Sahni
Hasn't there been at least one instance with an open role where your sourcing chops have stared at you, blank? You follow the prescribed norm - dive into your ATS, drop InMails, sponsor that LinkedIn post and email active candidates on job boards - only to hit a wall with all the outreach that you trigger.

For moments like these, DoSelect documents a list of wacky, outrageous, and brave recruitment strategies that fared spectacularly well. A fraction of these strategies are medium to long term in nature but the intent is to poke the reader out of their comfort zones and make them think along these successful lines.

Without further ado, here is the list of top 5 unconventional sourcing tactics that push the edge of the envelope in technical recruitment.

No, this is not the title of another Irvin Kershner sci-fi opera! At Ericsson, Interns truly take over the hallowed, glorified job that many believe only specialists can excel at - recruiting.

Once a year, much like an annual pilgrimage of sorts, Ericsson's interns hit the roads of Stockholm literally, to evangelise its engineering culture. Aptly titled "Swarm", the recruitment parade witnesses interns crowding the streets of Sweden conversing about open engineering roles at Ericsson with rank strangers- in the process, bonding with other comrades and forging an ever lasting relationship with the organisation.

Much research rigour accompanies Swarm; talent acquisition teams divide the country into high "tech footfall zones" which are assigned to batches in a round-robin fashion. Extensive discussions about Ericsson's Employee Value Proposition are held with interns before they venture out, lest, they would not be able to satisfactorily answer an interested candidate's questions around growth and opportunities in the organisation.

Each year, interns rope in 500 interested candidates and couple these tangible results with an intangible exponentiation to the Ericsson employer brand.

Quite a way to accelerate your intern satisfaction index!﻿﻿

Move over UberEats, will you?

If catering to your gastronomical delights wasn't enough, Uber decided to deliver another physiological necessity to customers, in their cabs - a job.

In 2015, Uber teamed up with Relode to offer citizens a job in Nashville, Texas while they were commuting. Along with Uber, 9 other organizations like Ramsey Solutions, Health Stream, naviHealth etc. recruited for various roles like System Administrator, Java Developer and SQL Administrator while on the move.
All candidates had to do was use a promotional code (NASHJOBS) and between 11 AM - 2 PM they could apply for open roles through a button designed solely for the event. Recruiters called candidates to verify a candidate's location and interviews transpired inside the cab.

An exemplary display of "eating your dog food"!﻿﻿

3) GCHQ - Break the vault to get into another

GCHQ is a vault to get hired for.

The British equivalent of RAW, GCHQ is a locker-like organisation with extreme secrecy embedded in its daily affairs. To get into this vault, engineers had to break another, albeit virtual.

The "Can You Find It?" e-puzzle was revealed to UK citizens in a bid to attract and recruit the crème de la crème of mathematicians, code breakers, and ethical hackers. The challenge involved an online treasure hunt, the purpose of which was to uncover 5 codes hidden in the deepest crevices of the internet.

2013, the year it was launched, saw 400,000 applicants vying for pole position in a bid to get recruited by GCHQ. Only 1% applicants were able to locate the codes; their age ranging from 13 to 75 years!

Even though the recruitment exercise was targeted at British residents, applicants competed from across the globe, transforming it to a not-so-secret mission. ﻿﻿

4) Google - Search can be rewarding

Any mention about unconventional tech sourcing is wasteful without Google's appearance.

They say "You are the keywords you search online" - who better than Google to take stock of what you search for? Especially if you are a Python developer.

Through algorithms designed to identify developers executing searches around Python centric keywords, Google discovers approximately 10,000 Python developers everyday. Once discovered, Google randomly displays the following banner, in the middle of a search session.﻿﻿
When developers click on "I Want To Play", they are are routed to a website - google.com/foobar where they encounter the following screen.﻿﻿
After developers successfully submit their code, the recruitment team from Google contacts them for sequential rounds of interviews.

Recruiters, the next time your rockstar Python developers are staring at a black screen with a URL ending with /foobar, press the nuclear code, for their Google searches have given them away!

At Dyson, the talent acquisition teams do not believe in campus recruitment at the undergraduate level. Instead, they hire bright minds in high school. These ebullient and young students are often flush with big ideas - Dyson becomes a recipient of this flurry of dreams and helps these students execute on their vision. High School students are inducted into the Dyson University where they get an employment opportunity with the R&D wing. Coupled with this job, local university professors aid with theoretical expertise ensuring that the student comes out of the University with game-changing practical experience, to boot.

These students contribute to 80% of new projects that see the light of the day in Dyson camp. Now there's a talent scouting strategy NFL coaches would be proud of!
Got inspired by these unconventional tactics? Is the recruiting spark in you turning into a flame? Has your organisation attempted any outlying strategy to attract precious talent? Do let us know at hello@doselect.com and we will mention the feat in this piece.

Till next time, peppy recruiting!

PS. DoSelect crafts high velocity, high quality engineering candidate pipelines for organizations looking to close tricky roles. Cisco, Amazon, InMobi etc. are some brands that rely on us for closing open roles with DoSelect's pipelines. We are at hello@doselect.com or +91 80 65649195 for a discussion.
Share
Tweet 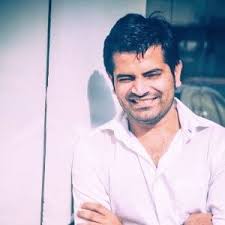 I am a student for life. Perpetually curious, I question more than I answer. Currently questioning all possible outs I might have in a poker hand.